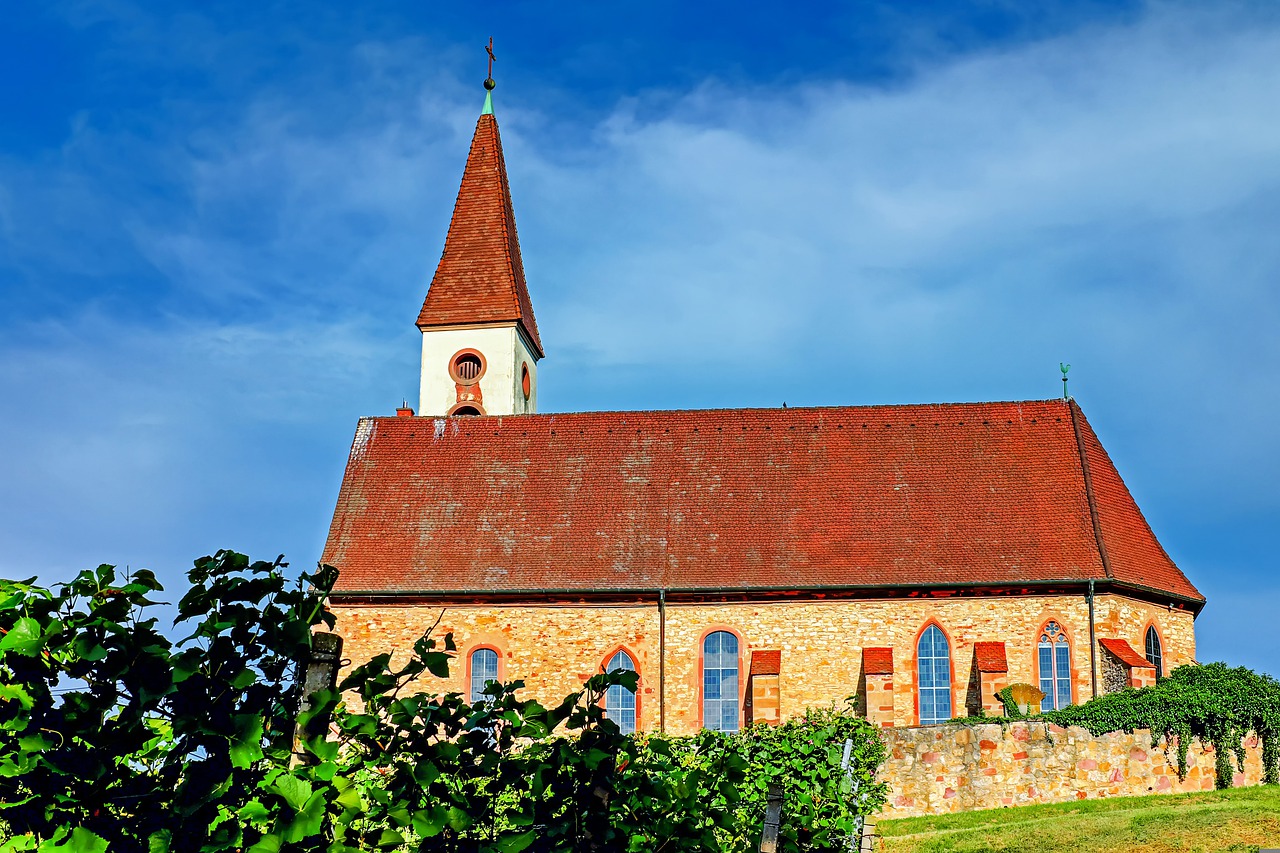 What Is the Covenant Brethren Church

This new group is not a BRF denomination. Although BRF is sympathetic to many of the concerns and beliefs of this new group, we are however separate and distinct from it. And so, moving forward, it is the intent of the BRF to continue to be an influence and resource in the Church of the Brethren (as long as we are welcome) and to expand our ministry to include the Covenant Brethren Church. We intend to continue to have a presence at the CoB Annual Conference, as well as publishing the Witness and providing the annual Brethren Bible Institute (BBI), along with the other programs that BRF currently offers. And so, rather than decreasing our ministry, we are seeking to grow our ministry.

What Is The Covenant Brethren Church?

The Covenant Brethren Church (CBC) movement began with a vision cast in July 2019, as about 50 Church of the Brethren leaders–pastors, ministers, District Executives, Standing Committee members, and other District leaders from thirteen Districts–gathered in Chambersburg, Pennsylvania to pray, discern, and discuss a new vision for Brethren in the Twenty-first Century. This meeting was to pray and ponder what could be done to heal the CoB of its recent ills, which consist:

The key issues precipitating this new movement were those of:

Biblical Authority – Does the Bible as the Brethren have historically understood it serve as the controlling standard of the Church?
Accountability – Are our stated positions – both Biblical and Annual Conference — upheld by ministers, congregations, and the larger church and its agencies? And, are there consequences for not doing so?

After several hours of vigorous discussion and earnest prayer, the group nearly unanimously agreed to “explore the process to separate from the denomination” over these three primary concerns:

1. The need to provide a haven for congregations who are making the decision to leave the CoB, but want to retain their Brethren values, and do not want to be independent.
2. The failure of the denomination to stand strong on Biblical Authority.
3. The recent Compelling Vision process that completely skirted around the homosexual issue and will likely do little, if anything, to bring closure to this major point of division. See BRF Witness, Volume 55, Number 3 (May/June 2020) for more information on the Compelling Vision.

The task teams appointed were:

Editorial — to develop a statement of faith based on the Brethren Card;
Legal – to do necessary research to develop bylaws, seek incorporation, secure nonprofit recognition, and other formal aspects of organization;
Prayer – to engage in and call others to pray by sending out monthly prayer reminders to interested persons;
Name – to research and present suggestions on an appropriate name;
Location – to determine optimal location for a central office;
Structure — to develop an appropriate structure for the group.

The exploratory movement first was announced publicly at the BRF General Meeting in Blountville, Tennessee, on September 14, 2019. The news was gladly though cautiously received by the group gathered there.

A public, informative meeting was held at the Calvary Church in Winchester, VA in September, 2019. And then another at the Antioch Church in Woodstock, VA in November, 2019. Church of the Brethren officials and representatives attended these meetings, as well as representatives from sixteen Districts. These larger meetings affirmed the work of the Temporary Executive Committee and the task teams. Members of the Temporary Executive Committee also met with members of the CoB Leadership Team to discuss the movement.

On February 1, 2020 at Fairmont, WV, the larger Covenant Brethren leadership team again met with Church of the Brethren General Secretary David Steele and Annual Conference Moderator Paul Mundey, for amicable discussion and sharing. At the conclusion of those talks, the Covenant Brethren leadership agreed to continue the development of the new group. The Statement of Faith received final approval, as did the CBC Bylaws. After final review by an attorney, articles of incorporation were submitted and Covenant Brethren Church was incorporated in West Virginia on May 22, 2020. A website at covenantbrethren.org and Facebook page presence continue to grow.

Since that time, an official logo was designed and approved, while office space was secured in Fairmont, WV. Fifteen congregations so far (as of October 30, 2020) have been received as members of Covenant Brethren Church, and ordination or licensing credentials of several dozen ministers also have been received and are now recognized as CBC ministers.

After two delays from restrictions due to COVID, the first Annual Meeting and Worship Conference was held October 23-24, at the Antioch Church in Woodstock, Virginia. In all these meetings, much time was spent in prayer, asking for God’s direction, and in allowing the entire group to ask questions and share insights that will help to shape the future of this movement. These larger meetings have focused on being Christ-centered, Brethren-flavored, and Bible-based movement of Brethren for the Twenty-first Century and beyond.

The Covenant Brethren Church embraces the heritage of the Brethren, and the larger orthodox and evangelical understandings of its forebearers regarding the Bible, God, salvation, and the church. It fully affirms Biblical authority, the sanctity of marriage as expressed in Genesis 2 and affirmed by the Lord Jesus Christ in Matthew 19, the sanctity of human life from conception, and the historical New Testament ideals and practices held by the Brethren since 1708. It further embraces accountability by asking all ministers, pastors, and congregations forthrightly to affirm the Covenant Brethren Statement of Faith.

The Annual Meeting and Worship Conference is to be a gathering of local congregation delegates and others, keeping business at a minimum, and focusing on worship, spiritual growth, practical workshops to equip congregations to spread the Gospel of Jesus Christ. A simple nine-member executive board, elected by the Annual Meeting and Worship Conference, will direct the ongoing activities of the new denomination. In addition, regional clusters of congregations will serve for ministerial training, camping, and church planting efforts. Already the CBC Southern Region has been organized by congregations in North Carolina, Tennessee, and Virginia.

While some may argue that this new movement is just about homosexuality, it does not appear to be so. Homosexuality is just the presenting issue that calls into question Biblical Authority and shows the weakness of Church of the Brethren accountability.

Ministerial credentials are being handled in this fashion: COB ministers joining CBC will transfer at their current level of either ordained or licensed minister. New ministers will be called by the congregations, and vetted by a national ministerial committee and approved by the Executive Board.

Brethren Benefit Trust (BBT) leadership is actively working with CBC to provide pensions and ancillary insurance coverages. BBT promises to provide a seamless transition for those already involved in the pension and insurance programs through the Church of the Brethren.

There are no fees or assessments required to join or participate in Covenant Brethren Church. While it is expected that congregations, ministers, and individual members financially support the work of CBC, that is entirely on a “free-will” basis.

Congregations who have joined CBC report that they now can be a part of something they can positively embrace, not merely tolerate. They are part of a group of like-minded congregations. They no longer need to distinguish themselves from other [progressive] Churches of the Brethren. The Statement of Faith is clear, yet grants congregational liberty. And they do not lose the fellowship and sense of the distinctive Brethren New Testament witness, and the connection with Bible-believing Brethren of like precious faith. CBC will provide avenues for cooperation in missions, service, minister training, and pastoral placement, etc. Already Covenant Brethren Church is in conversations regarding new church planting and overseas missions opportunities.

History of the CBC Organization Process

July 2019
The “Chambersburg Meeting” at which about 50 persons from 13 districts — District Executives, Standing Committee members, prominent pastors — gathered in an “exploratory meeting” to evaluate the concerns for the direction of the Church of the Brethren and how to respond. After several hours of vigorous discussion and earnest prayer, the group agreed to “explore the process to separate from the denomination.”

A ten-point vision was proposed. A Temporary Executive Committee was named out of the group as well as several sub-committees who are to begin researching all aspects of this move.

August 2019 – February 2020
The subcommittees selected at Chambersburg had numerous meetings in person and by phone/ZOOM to research, discuss, and propose to the Temporary Executive Committee, the various details of location, faith statement, bylaws, name, and structure. All of these activities were bathed in prayer.

September 2019
A larger meeting of about 160 persons met at Calvary Church in Winchester, VA, to follow through with reports and further suggestions for the subcommittees.

November 2019
A yet larger gathering of about 200 persons met at the Antioch Church in Woodstock, VA, to hear more information, and choose a name and a preferred location for a central office. The name Covenant Brethren Church was selected from three proposals, and the Fairmont/Clarksburg, WV area was chosen as the preferred location. The Statement of Faith and the Bylaws were reviewed with further input from the gathering. An official Facebook page and website – www.covenantbrethren.org – were established.

January 2020 – present
The Temporary Executive Committee members responded to requests for more information from congregations and clusters of congregations in Indiana, West Virginia, Virginia, Pennsylvania, and Maryland. CBC leadership responds as it is invited. There is no official recruitment or proselytizing.

February – October 2020
Planning for first Annual Meeting. It was delayed twice due to COVID-19.

After technical formatting and revisions of the Bylaws, the State of West Virginia approved theformal establishment of Covenant Brethren Church, Inc. as a West Virginia non-profit religious corporation.

May 29, 2020
A logo for CBC was revealed, with the Cross as central, its roots in the Brethren heritage, and its commitment to be led by the Word of God as illumined by the Holy Spirit.

October 23-24, 2020
The first Annual Meeting and Worship Conference of the Covenant Brethren Church. A permanent Executive Board was elected, reports were heard, and the CBC officially was launched.